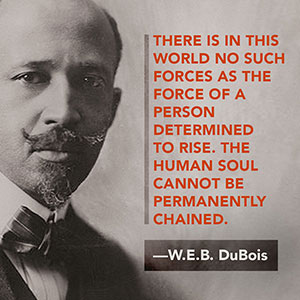 In The Life Fantastic, Pietro Jones is inspired by the writing of W.E.B. DuBois. From the PBS show, “The Rise and Fall of Jim Crow,” DuBois is described in this way:

For many young African Americans in the period from 1910 through the 1930s, Du Bois was the voice of the black community. He attacked Woodrow Wilson when the president allowed his cabinet members to segregate the federal government. He continued to fight against the demand by many whites that black education be primarily industrial and that black students in the South learn to accept white supremacy. Du Bois emphasized the necessity for higher education in order to develop the leadership capacity among the most able 10 percent of black Americans, whom he dubbed “The Talented Tenth.”

Du Bois was a co-founder of the Niagara Movement, which addressed inequality, and the NAACP, which is still active today.

This “mini biography” from Biography.com elucidates several of the remarkable accomplishments from DuBois’ life. 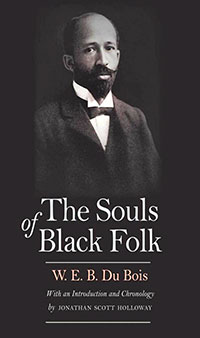 Pietro Jones, one of the main characters in The Life Fantastic, is inspired by the writings of W.E.B. Du Bois. Du Bois’s well-known book, The Souls of Black Folk, is Pietro’s most prized possession. As Pietro travels from one city to the next, he also reads the articles that Du Bois writes for New York’s Amsterdam News and other newspapers.

Do you know about this pivotal sociologist, author, and civil rights activist? He was one of the founding officers of the National Association for the Advancement of Colored People (NAACP). This History Channel video provides a helpful overview of DuBois’ achievements in founding the Niagara Movement and later, the NAACP.