Celebrate the 4th with this video of actor James Cagney performing “Yankee Doodle Dandy,” a musical biography of George M. Cohan, called “The Man Who Owned Broadway.” Cohan performed as a child in vaudeville with his parents and sister, The Four Cohans. He went on to write, compose, produce, and appear in more than three dozen Broadway musicals. 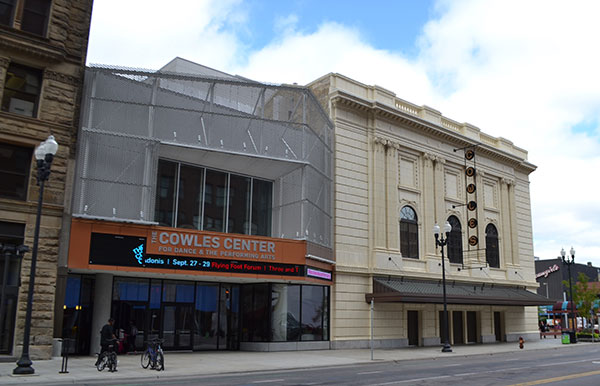 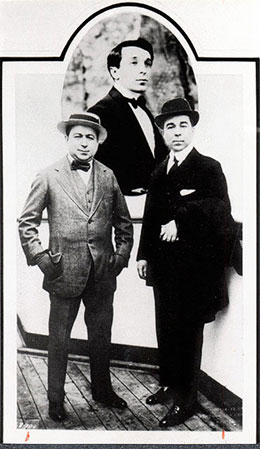 What do Charlie Chaplin, Bessie Smith, Louis Armstrong, Bob Hope, Ma Rainey, Mae West, Fred Astaire, and Gingers Rogers have in common with Liza Ketchum’s great-grandparents? They all started out in vaudeville!

While Liza’s ancestors never became famous, the story of her great-grandparents’ elopement—and its consequences—inspired her most recent book, The Life Fantastic: A Novel in Three Acts. The story takes place in 1913, when vaudeville was America’s most popular form of entertainment and Teresa LeClair, a singer with “a voice like a nightingale,” dreams of stardom on Broadway’s “Great White Way.”

Join Liza at the Dorset Village Library as she shares the story behind the novel and its connection to issues that resonate today. All ages welcome! 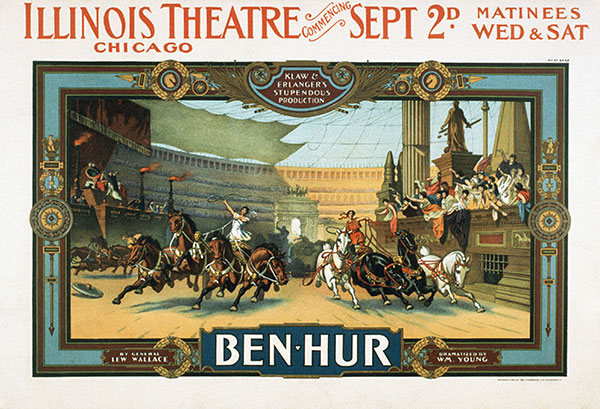 By 1908, vaudeville was such a big business that it made news in The New York Times when 75 theatres from Chicago to San Francisco agreed to become a part of the Klaw & Erlanger syndicate in quick succession.

Two views of the article about the growth of The Syndicate here and here.

One of Vaudeville’s biggest syndicates was Klaw & Erlanger, led by Marc Klaw and Abraham Lincoln Erlanger. 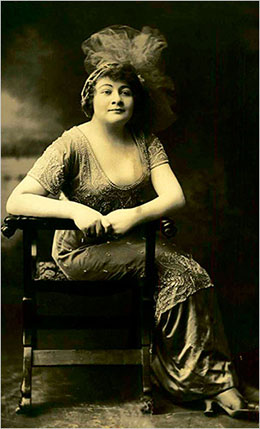 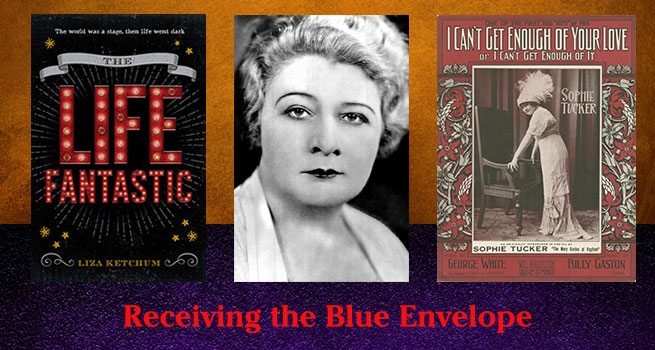 Vaudeville bosses had strict ideas about what was acceptable language and behavior on its stages. Today we still refer to something risqué or naughty as being “blue.” Here’s why:

“Between the (Monday) matinee and the night show the blue envelopes began to appear in the performers’ mailboxes backstage … Inside would be a curt order to cut out a blue line of a song, or piece of business. Sometimes there was a suggestion of something you could substitute for the material the manager ordered out … There was no arguing about the orders in the blue envelopes. They were final. You obeyed them or quit. And if you quit, you got a black mark against your name in the head office and you didn’t work on the Keith Circuit anymore. During my early years on the Keith Circuit, I took my orders from my blue envelope and — no matter what I said or did backstage (and it was plenty) — when I went on for the Monday night show, I was careful to keep within bounds.” – Sophie Tucker, Some of These Days

What kind of theaters would Teresa have performed in when she traveled with the troupe across country? This Orpheum Theater in Salt Lake City, Utah, was brand new in 1913, the year in which The Life Fantastic is set. 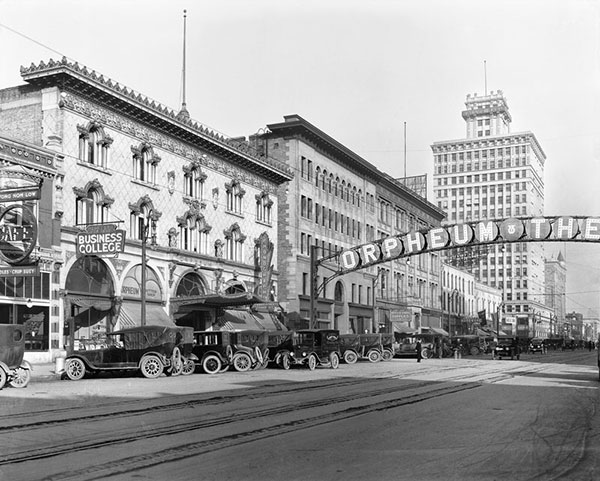 From publisher Signature Books, a photo from their book Seeing Salt Lake City by Alan Barnett.

From Seeing Salt Lake City [p.125]: “The Orpheum Theater, November 30, 1920. This lavish theater on 200 South was built for the Orpheum Vaudeville Circuit and completed in 1913. It later became the Capitol Theater and the steel arch over the street was altered to reflect the change. In 1973 a city ordinance forced theater owners to remove the arch and it was relocated to Trolley Square. In the mid-1970s, the theater underwent renovation and now serves as a center for the performing arts. (Neg. 20768.)” 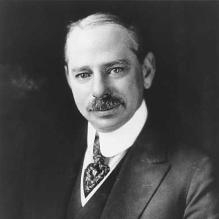 The Life Fantastic is set in 1913, by which time the National Association for the Advancement of Colored People had established branch offices in such cities as Boston, Massachusetts; Baltimore, Maryland; Kansas City, Missouri; Washington, D.C.; Detroit, Michigan; and St. Louis, Missouri. They believed strongly in local organizing. When Pietro Jones discusses W.E.B. DuBois’ writing with Teresa, it’s likely that he was familiar with this organization.

As their website states, “The NAACP seeks to remove barriers of racial discrimination.”

“The NAACP was formed partly in response to the continuing horrific practice of lynching and the 1908 race riot in Springfield, the capital of Illinois and resting place of President Abraham Lincoln. Appalled at the violence that was committed against blacks, a group of white liberals that included Mary White Ovington and Oswald Garrison Villard, both the descendants of abolitionists, William English Walling and Dr. Henry Moscowitz issued a call for a meeting to discuss racial justice. Some 60 people, seven of whom were African American (including W. E. B. Du Bois, Ida B. Wells-Barnett and Mary Church Terrell), signed the call, which was released on the centennial of Lincoln’s birth.”

Learn more about the NAACP, which continues its work today.