Family stories have inspired a number of my novels. Readers of this blog know that my great-grandmother’s elopement with a vaudeville musician led me to write The Life Fantastic. But my brother and I heard many other family stories, growing up. 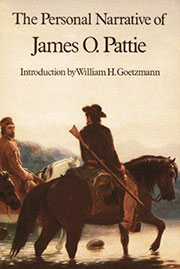 A story written by one of my mom’s ancestors, James Ohio Pattie, played an important role in my first novel, West Against the Wind. My mom’s great-uncle Chuck Bray, hearing of my research into American pioneer history, sent me a copy of Pattie’s book, The Personal Narrative of James Ohio Pattie: The Adventures of a Young Man in the Southwest and California in the 1830s (the University of California Libraries has made the book available online through archive.org).

Pattie and his father, Sylvester, were fur traders and explorers before the opening of the Oregon Trail and the later stampedes of the California Gold Rush. When James returned to Missouri, he described his travels in a wilderness that was completely unfamiliar to most white Americans. According to Pattie’s account, he was the hero of every expedition, the savvy pathfinder when they were lost, the brave hunter who saved their party from a grizzly bear, and the keen-eyed miner who discovered a rich vein of copper in the mountains. 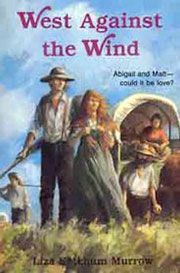 In spite of these obvious exaggerations, and my distaste over Pattie’s racist treatment of native people, his detailed descriptions of the west—written before photography was available—helped me to recreate the actual settings, wildlife, and physical challenges my characters encountered on the journey.

I even gave Pattie a cameo role as the crusty but friendly trapper who appears in West Against the Wind. He shares sound advice about the perilous ferry crossing ahead and recognizes my narrator’s resourcefulness as a trader. 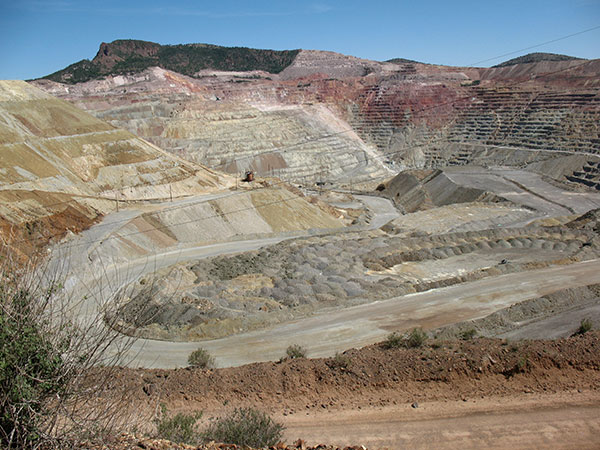 (An amazing postscript to this story took place decades later. My husband and I were driving a scenic route from Tucson, Arizona to Mountainair, New Mexico, where our daughter-in-law was coring piňon pines for her doctoral research. We pulled over at a roadside attraction, and found ourselves on the precipice of a gargantuan copper mine. As I gaped at the size of the cratered landscape, John—who always reads historical markers—shouted: “Your ancestors were here!” I hurried over. To my astonishment, James Ohio Pattie and his father were memorialized on the sign, as the trappers who originally discovered the copper—just as Pattie had claimed. It’s hard to describe the mix of emotions I felt: despair and shame over the egregious mistreatment of the Apache and other tribal groups in the area; heartbreak over the rape of the landscape—combined with the stunned realization that my ancestor’s dramatic tale may have held more truth than I realized.) 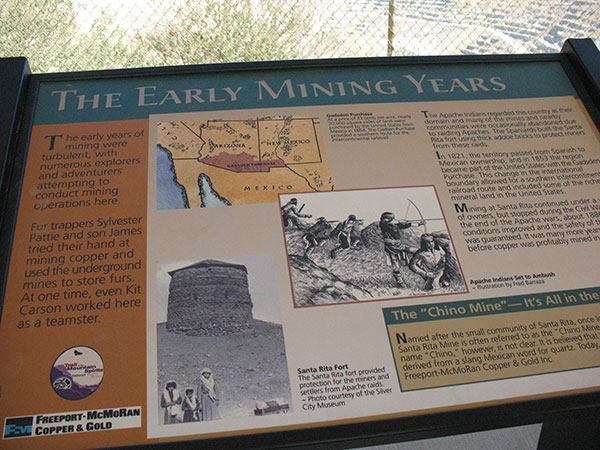 To return to my mom’s family: by the time she was nineteen, my mom had lost her adored father and all four grandparents. But Mom brought our grandfather to life through stories focused on his sense of humor. She told us how he teased Weezie, our grandmother, by putting coat buttons in the collection plate at church, and how the neighbors loved his homemade bathtub gin. 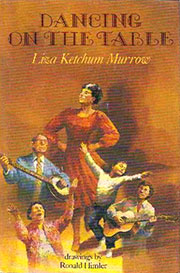 We spent most summers with Weezie at her Vermont home. Though she insisted on high standards for us, she was famous for dancing on tables at parties during the Roaring Twenties. We even had a picture of her, dancing the Charleston in her flapper dress, with wineglasses at her feet. That photo, along with Weezie’s second marriage to my Grandpa Gil—which took place during a hurricane in Vermont—inspired my middle grade novel, Dancing on the Table.

On my dad’s side, I was lucky to know my grandfather, George Ketchum, for many years. He loved history in general, and also enjoyed sharing family history. He captivated us with stories about his peripatetic, hardscrabble upbringing. He told us that he was working as a court stenographer when he was “barely out of short pants”. A fine writer, he recounted his early years in an inspiring, personal memoir, “So When They Ask Me.” Though I haven’t drawn on Grandpa’s life directly, young characters in my stories often have jobs, such as selling newspapers (Amelia in Newsgirl), helping with sheep shearing (Gabriel in The Ghost of Lost Island) or working in a pizza parlor (Brandon in Out of Left Field). 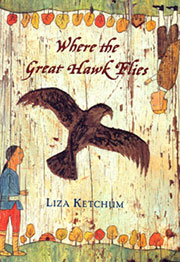 My grandfather’s eccentric brother, Carlton, delegated himself the family historian. I treasure his cramped, handwritten letters, sharing details of our Randolph, Vermont ancestors. When Uncle Carlton learned I was writing historical fiction, he insisted that I had to tell the story of our Griswold ancestors: Joseph, a farmer, and his Pequot wife Margery, a midwife and healer. They settled in Randolph at the time of the American Revolution. Carlton sent me an article about this couple, as well as newspaper clippings about their life together. Those letters and articles sat in my “Idea File” for twenty years, until the Mashantucket Pequot Museum opened and I decided I could fictionalize their story. Where the Great Hawk Flies was the result. I’m only sorry that Uncle Carlton didn’t live to read the story that his demands inspired.

I’m lucky that I could draw on rich family resources for my fiction. Now I think about the stories I’ve passed on to my own children and grandchildren. Which ones will they remember? And why?