Question: Have you talked first hand with people who remember vaudeville? 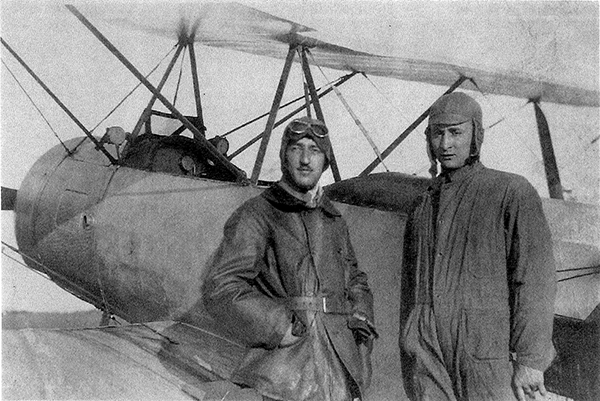 My grandfather (on the right) and a colleague next to his WWI plane, in France. This photo was shot a few years after The Life Fantastic takes place. Grandpa crashed twice but survived to tell the tale.

Answer: Yes. My paternal grandfather, who was born in 1893, told me how much vaudeville meant to him as a young man. Grandpa’s father died when he was very young. He was raised, in part, by his grandparents, and started working—taking court dictation—when, as he said, he was “still in short pants.” Grandpa worked to pay his way through college and then started his own business, so vaudeville was the only entertainment he could afford. He would sit up high in a theater’s cheapest seats, often staying for more than one show. He loved the music and the comedy routines. When I was young, he used to sing me the songs he remembered from those days, including some I included in The Life Fantastic—such as “Everybody works but Father—he sits around all day.” My parents were appalled that, when I was four years old, I knew all the words to “There lay Brown, upside down, lapping up the whiskey off the floor. ‘Save the booze!’ the fireman cried, as he came running through the door.” I always wished I could have sat beside Grandpa in those theaters.