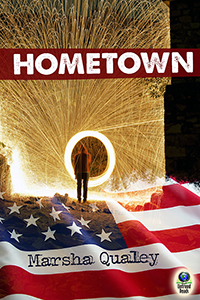 The Iraq War wasn’t the first time personalities and patriotism clashed. Emotional wounds from past wars are slow to heal.

Friend Marsha Qualey authored an inspirational novel, Hometown. She crafted the tale of a Vietnam draft resister who stayed in Canada, but whose son faced a town’s long-simmering resentment over his father’s past choices during the eve of the Persian Gulf War in 1991.

I liked Marsha’s book. I hope you will, too. 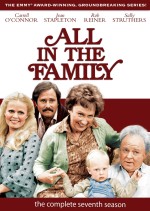 How could a family celebrate Christmas when a son took refuge in another country, trying to avoid getting drafted? In Out of Left Field, Brandon’s father and grandfather held different views about Vietnam. Such opposing beliefs tore some families apart.

The popular TV show All in the Family aired such a story about a young man who fled to Canada to avoid the war. “The Draft Dodger” first aired Christmas night, Dec. 25, 1976.

How did it feel to recreate such politically-charged drama? Relive the moment with insights from the performers supplying that Emmy Award-winning episode. 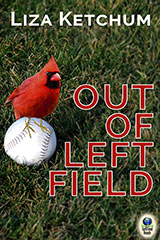 Over the past year, as books for young readers have attracted a wide audience, a spirited and sometimes heated discussion has taken place in blogs and other media, focused on who should read what. (The word “should” in relation to any book makes me queasy.) But I’ve thought about this issue a lot during readings and signings for my new novel, Out of Left Field. According to my publisher, it’s a book for young adult readers.

Soon after Out of Left Field was published, a friend approached me, book in hand. She had read the novel and enjoyed it, but wondered if the novel would be appropriate for her granddaughter. “How old is she?” I asked—assuming the child must be young.

“Thirteen,” she told me. She then added, sotto voce, “The book deals with some dark subjects. It seems very adult.”

Dark subjects? Okay: War and death; family secrets and the meaning of family—issues familiar to many young readers. Other themes include baseball, politics, and the importance of friendship. “Has your granddaughter read The Hunger Games or seen the movies?” I asked.

My friend admitted, with some embarrassment, that the child had, in fact, read the series and seen the film, so perhaps she could also handle my book. What I didn’t tell her was that, while writing the novel, I didn’t think about my audience. When I heard Brandon’s voice in my head and began to write his story, I knew he was about to turn eighteen. If this meant the book would be categorized as YA, fine.

But after it was published, I wondered if it would also appeal to a younger age group. In November, I spoke to a group of kids who were part of a parent/child book group at the Cambridge Public Library. Thanks to James Paterson’s grant to one of my favorite bookstores (Porter Square Books in Cambridge, Mass.) each family in the book group received a free copy of the novel a month in advance of our discussion. 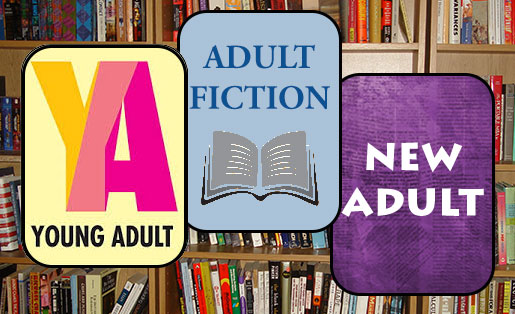 I was touched and thrilled that the bookstore would use part of their grant this way. As the group assembled in a comfortable room decorated with images of Curious George, the librarian, Evan Sipe, passed out slices of pizza. Since younger siblings also attended, the group ranged in age from 9 to 13. Adults and children settled in to eat and talk.

Instead of the typical questions that come up on an author visit (Where do you get your ideas? How much money do you make?), these kids surprised me with the depth and breadth of their comments. After a few smart questions about the way I handled different points of view in the story, they launched into an energetic discussion about war and peace. They talked about whether we should reinstitute the draft and, if so, what would happen. “We wouldn’t have the war in Iraq,” one boy said. They argued about whether community service should be mandatory, and about our responsibilities overseas. “We shouldn’t have to fight someone else’s war for them,” another child said.

Though their parents had also read the book, their children initiated and maintained the discussion. Parents and children alike spoke of our current conflicts and the fact that tens of thousands of children across the country have faced loss or disruption due to our ongoing wars. The young readers were more than ready to take on the issues raised in the novel. Their insights were quite profound.

At the other end of the age spectrum, I spoke recently at a daylong conference on “What’s New in Children’s Books” put on by Wondermore (formerly The Foundation for Children’s Books) Participants included a number of librarians as well as other children’s book authors and illustrators. I gave them some background on my novel, including my own experiences with loss and political activity during the Vietnam War era and in the years that followed.

Afterward, many members of the audience—especially those who had lived through this era—came up to share private stories from that time period. I heard about husbands who managed to avoid the draft, about boyfriends who had left the country. One man admitted that he had lucked out in the lottery while his friend did not—with fatal consequences.

Just last week, a reading at a bookstore in Vermont prompted similar comments from adult friends who had vivid memories of that time. “This is really a novel for adults,” one man announced.

Yes—and no. I wish I had said then what I’m thinking now: there are no rules about who should read what. Is it time to throw away the labels on book jackets (YA, MG, etc.) that limit readership? Since we can’t predict how or why a story may capture a reader, no matter the age, we can only write the stories we need to tell.

(For further reading: See Anne Ursu’s insightful post, and Elizabeth Minkel’s “Read Whatever the Hell You Want” among others.) 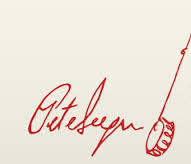 Seeger died in January, 2014, at age 94. He loved adding a banjo sketch to his autograph!

If you were near my office when this clip is playing, you would hear me singing along with the great departed Pete Seeger.  I love the way he honors the troops even as he asks us to “Bring ‘Em Home.”

It’s actually a very patriotic song.  But it brings tears, as the concert was recorded in 1970, just a year after I lost my cousin, who lived next door to me when I was growing up, and a dear friend. 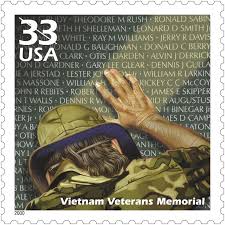 A 21-year-old college student’s anonymous entry won a national competition. Her design, later known simply as “The Wall,” would create a lasting memorial to the Americans who died in the Vietnam War.

Nevertheless, Maya Lin faced years of criticism, beginning with a “B” grade in her college class. Not until a 1994 documentary did the world fully know her side of the story.

Why wouldn’t he serve? How did Americans, and the government, react? 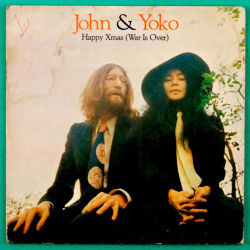 Not everyone in Canada opposing the Vietnam War remained quiet.

Beatle John Lennon and his wife Yoko Ono staged a “bed-in” protest in 1969 Montreal. They gave press conferences from their hotel room bed speaking out against war. During the event, John and Yoko recorded the still-heard Happy Xmas (War Is Over), inviting random hotel room visitors to sing on the recording.

Here are the peace posters and billboards they unveiled around the world: 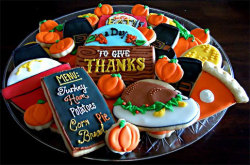 Brandon’s father lived in Canada during the Vietnam War. If his dad celebrated Thanksgiving in his adopted country, the deed would be done.

Canada celebrates Thanksgiving the second Monday in October, and was the first country to mark the tradition. Learn more here: 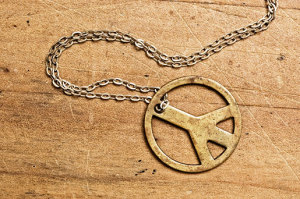 Not the happy childhood you expected, huh? What alternatives were there? Young males like Brandon’s father (from Out of Left Field) found it wasn’t an easy choice to make. Avoiding the military draft by fleeing to Canada was a crime, until a 1977 action by President Jimmy Carter.