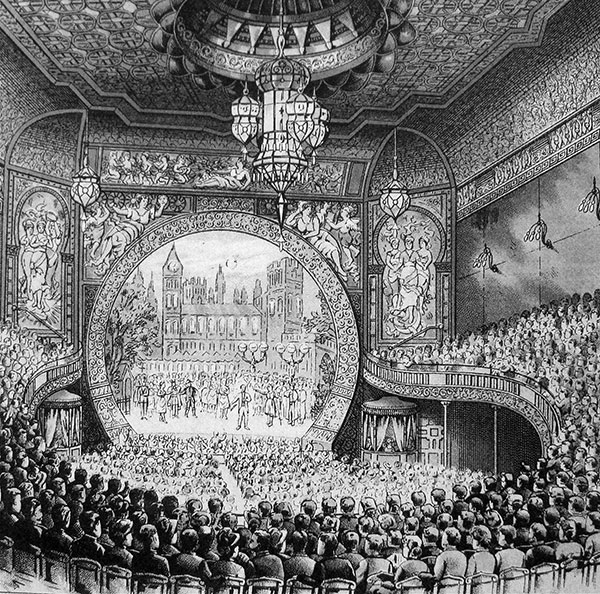 The theaters built for vaudeville were incredibly fancy, a little heaven on earth for the communities in which they were built. B.F. Keith’s Bijou Opera House in Boston boasted an illuminated waterfall that flowed underneath a heavy glass stairway.  The theater was the first in the country to be completely illuminated by electricity—which was installed by Thomas Edison himself. 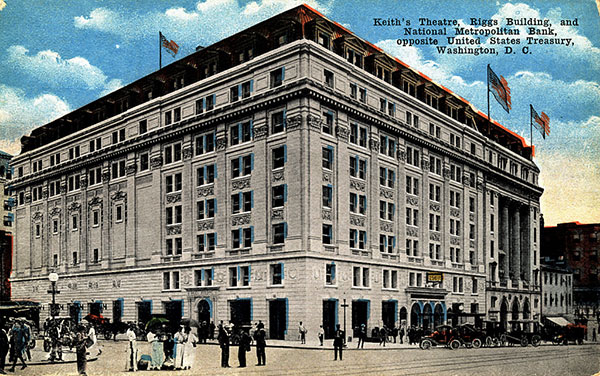 The B.F. Keith Theater in Washington, DC, had a six-story-high auditorium with red leather seats, walls covered in red silk, and a stage curtain that was ruby red with gold fringe. The lobby walls were marble. This theater was at first leased to Plimpton B. Chase who produced “Chase’s Polite Vaudeville,” but then a vaudeville impresario, B.F. Keith, added the theater to his other 29 locations on the East Coast. Keith sought to boost audiences by presenting wholesome family entertainment. Will Rogers, Ed Wynn, the Seven Little Foys, Rudy Vallee, and Eddie Cantor all appeared in this theater, performing before high society members including two presidents of the United States. 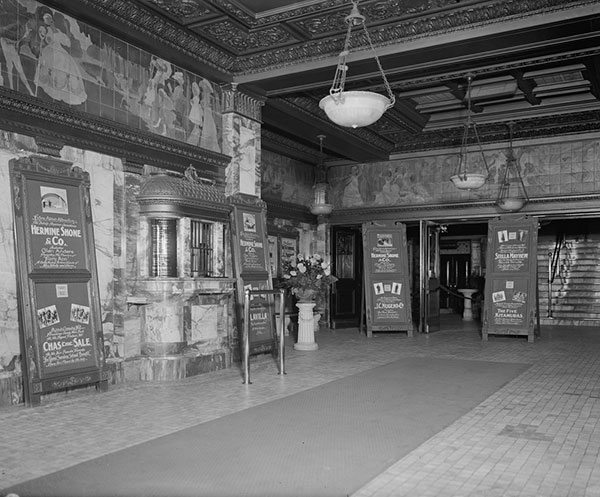 Read more about Chase’s Theater and the B.F. Keith Theater in Washington, D.C., and the Bijou Theater in Boston, Massachusetts.